The Beauty of Flowers

Welcome to my articles which are intended to share some ideas about nature, art and healing. Your comments and ideas would be appreciated to make this more of an interactive experience and an on-going conversation……

We’ve recently had the shortest day of the year and while Spring is in full swing, I’ll take the opportunity to focus on the beauty and intriguing symmetry of flowers. 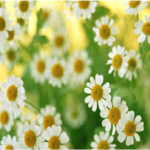 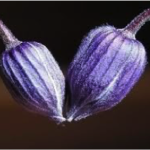 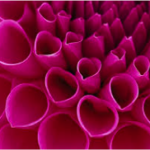 Something as simple as looking closely at a flower can lead us into a world of wonder and beauty. When you notice the individual components of the petals, then turn it upside down and see the sepals holding it up, look inside to see the stamen and filaments, you’ll notice not only a form that helps the plant grow and attract pollinators to reproduce, you’re also looking at symmetrical geometric shapes that are repeated throughout nature. 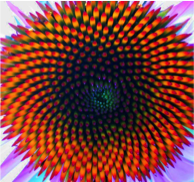 Rupert Sheldrake, a botanist and biologist describes in his interview Beauty and Nature “When I look at flowers with a hand lens, there is a sense of going into the flower to get a ‘bee’s eye view’ – …an invitation to an inner world, to the heart of the flower where the mystery of fertilisation takes place. There is no shortage of beauty, (however) it does seem to require time to contemplate it”. 1

I invite you, this spring to delve into the wonderful symmetry and intrinsic beauty of flowers.

Once inspired by nature’s spirals, how can we incorporate them into design….?…..

Much ink has been spilt on the replication of nature’s patterns through sacred geometry, the Fibonacci series of numbers and the golden ratio. So…… without repeating it all again, here are some very successful designs consciously inspired by the spatial relationships of cells in nature.

The spiral water feature in Darling Harbour, Sydney, designed by Bob Woodward for Australia’s Bicentennial celebration in 1988, uses water itself as a sculptural medium. Pictured below, Woodward says one of the reasons he loves designing with water is ‘it has form, it has transparency, it reflects light and has movement…. It has constantly changing form although one can control it.”2

Now, for a material to work with you can’t ask for more than that.

It is also interactive, you may be able to see a young boy walking toward through the fountain to its centre. 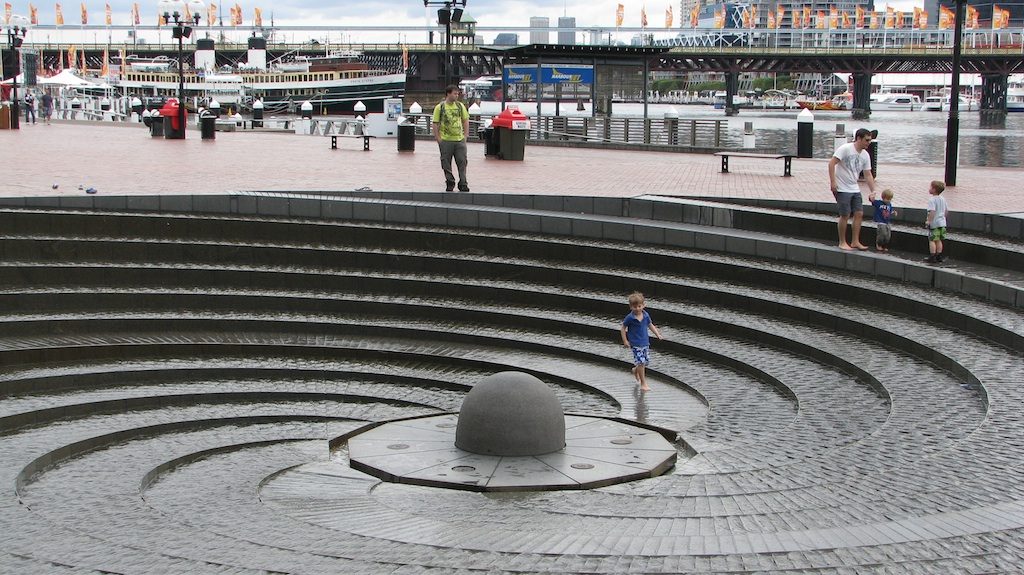 Digging a little deeper, one of Woodward’s most powerful influences was Finnish architect Alva Aalto, whose theory, as stated by himself, ‘”is that essentially everything in architecture is related to biology. If you take a leaf from a tree for example, you can see…design principles which should apply to architecture itself.” 3

The Eden project, built in a former china clay pit, is a beacon of sustainable design and a very inspiring place to visit if you are ever in Cornwall with a bit of spare time. There are a series of massive curved greenhouses called biomes housing the largest rainforest in captivity. The Core Education Centre designed in the shape of a sunflower has a roof that harvests the sun. It is created from an intricate web of curved timber beams, based on Fibonacci spirals, a pattern found in many natural forms including the seeds of a sunflower head, pine cones and snail shells. . More info the Eden Project 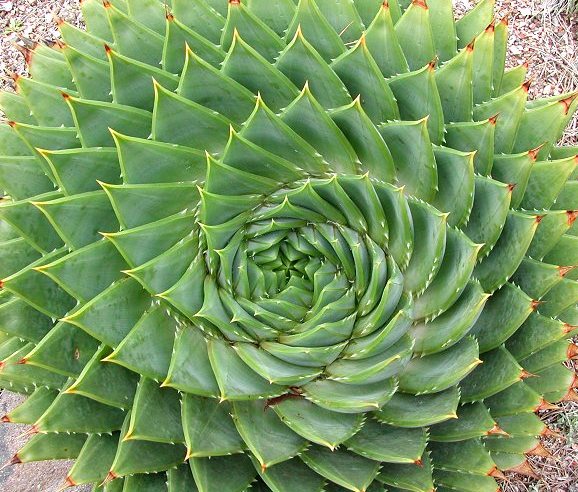 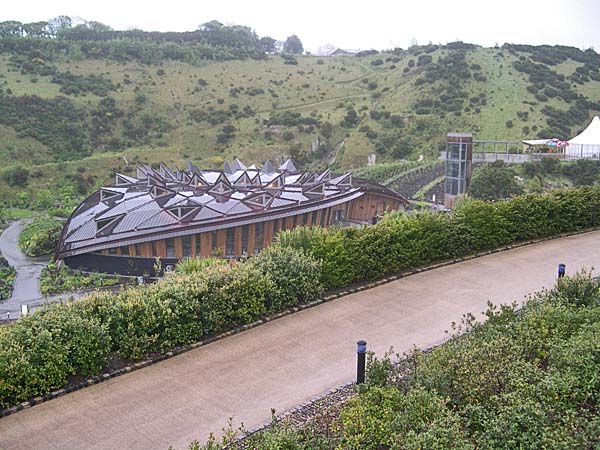 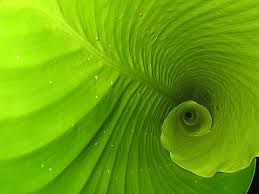 A tale of two Marri trees

There is a beautiful, large, old Marri tree, at Rapid’s Landing, a developing residential area in Margaret River, shown below left. The canopy is 40 metres across, the height is about 30 metres and in terms of girth, it would take three people holding hands to encircle the trunk. The branches curve right down, almost touching the grass which is apparently characteristic of trees growing where there is water close to the surface, this could be true as it sits on a slope between two creek-lines. We are in the process of re-designing the layout of the lots to protect it and incorporate it into the creek-line to ridgeline network of parks. 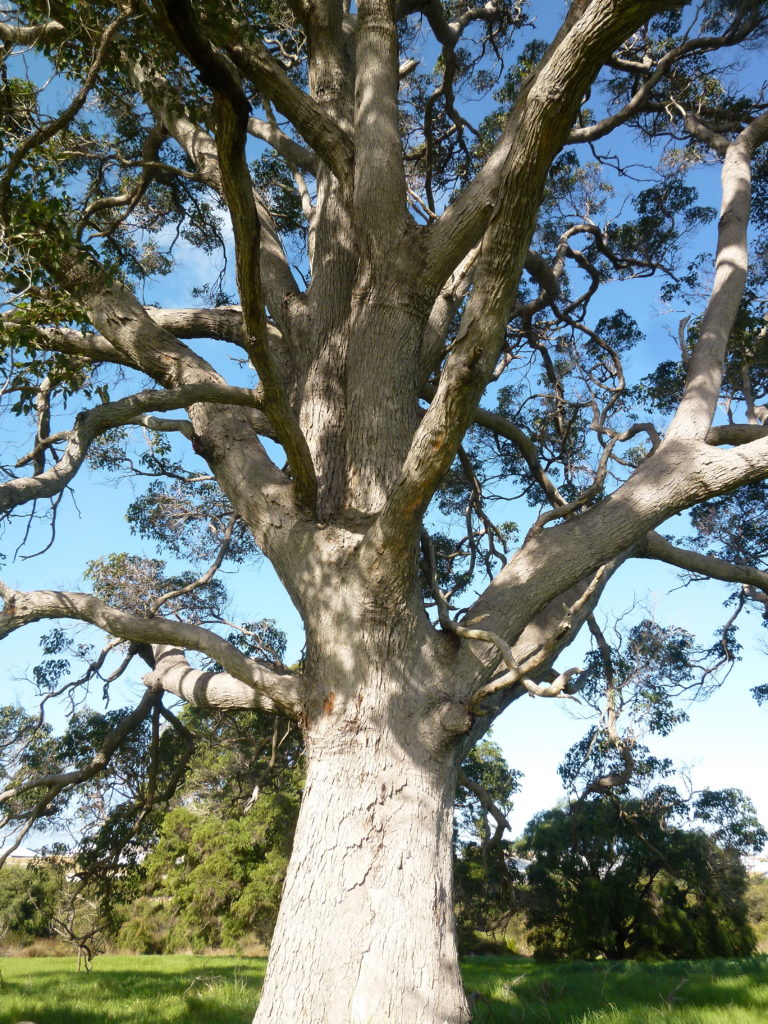 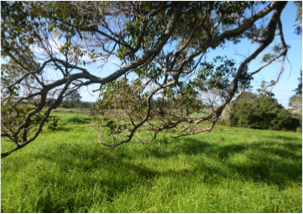 The branches of this Corymbia calophylla curve right down, almost touching the grass which is indicative, I am told, of underground water. The theory is borne out in this case as the tree sits on a slope between two creek-lines.

Even though I have moved from Margaret River in Western Australia to Sydney, which is my hometown, I am no longer working on this project but I hope the current configuration of house lots is re-designed to protect it and incorporate it into the ‘creek-line-to-ridgeline’ network of parks. This may seem too idealistic but it has occurred already on this very subdivision. The huge Marri tree, pictured below, (which I named ‘Harvey,’ then changed my mind as I thought it was more female than male) is believed to be between 150 and 2o0 years old. The two landscape consultants on the project, Bill James and myself lobbied for it to be retained and the prevailing plan of house lots and roads were reconfigured to accommodate it. Now, it is now a much loved centrepiece of – you guessed it ‘Marri Park’, and provides not only a tangible link to the past but a refuge for wildlife and a place in the hearts of the subdivision’s new residents. One lady told me “when I have bad day, I just go and sit under that huge tree” pointing to ‘Harvette”( not quite there with the name yet). Then she continued “I bought my block of land just up the hill there because of it”  no further justif 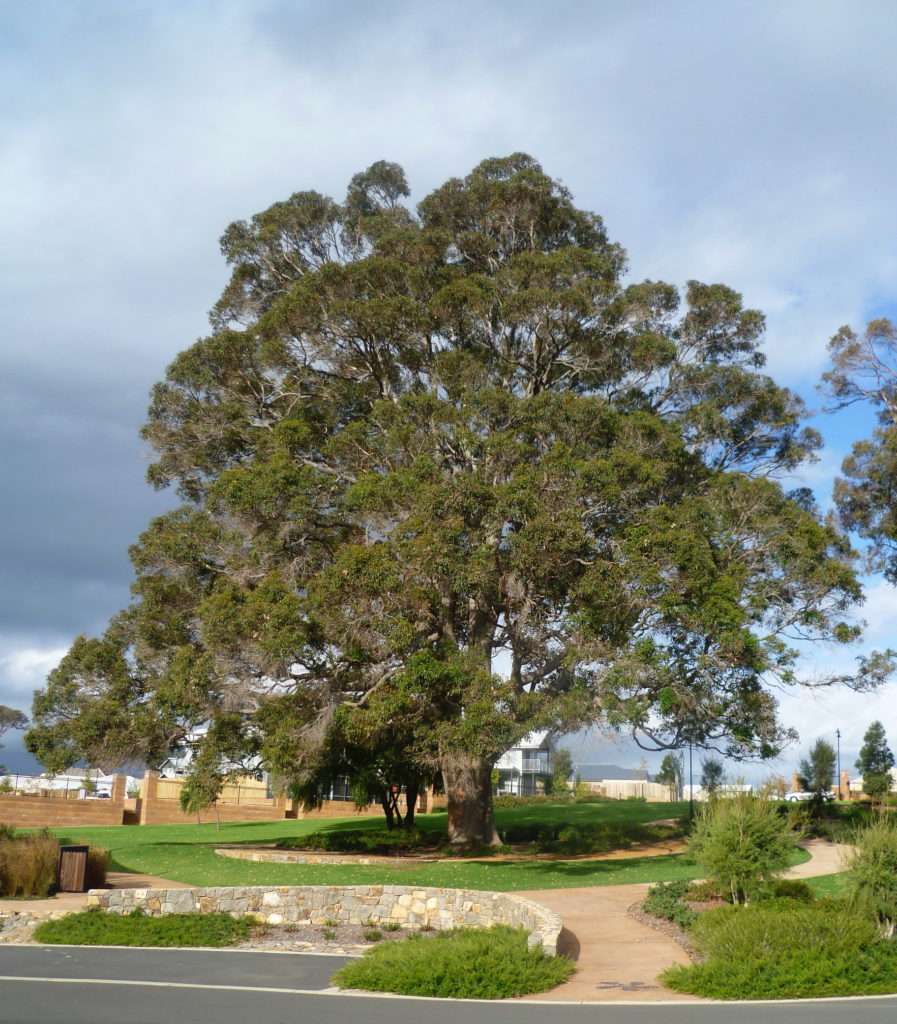 ication, in my book, is needed.

What spirals in nature have rung your bells ? Have you noticed them translated into buildings, landscape design or other artistic forms?  And…… please let me know if you have any improvements on the name ‘Harvette’ for the tree on the left.

1.From the Beauty and Nature interview series with Verdana Shiva in Resurgence and Ecologist magazine March / April 2014